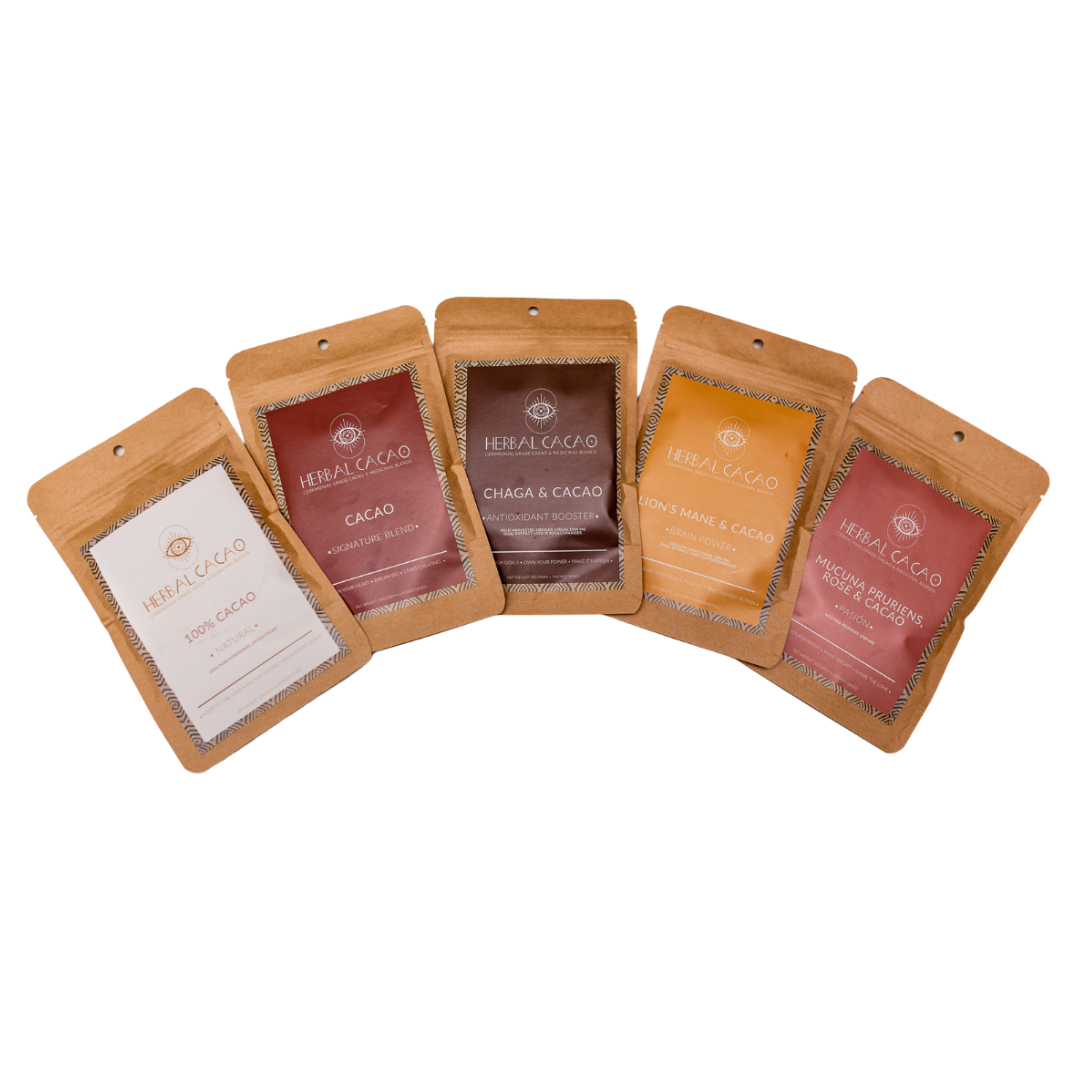 Ceremonial Grade Cacao from indigenous Maya tribes, out of Southern Belize. The cacao tree, also referred to as "Cucu" is a national tree in their community and grows natively in perfect harmony together with pineapple, vanilla and tobacco trees, which provided the subtle tones to this fine flavored and rare cacao bean. Everything on their lands grown is naturally grown in biodiversity, the perfect condition for cacao to flourish. The Indigenous Maya family farmers pass their knowledge about the sacred plants from generation upon generation and harvest their cacao with deep respect for "La Madre Tierra", supporting organic sustainable farming.

Cayenne pepper: A native spice from the ancient Maya lands to help increase cacao's medicinal powers. It helps to increase to blood flow, digestive health and the amount of heat your body produces, making you burn more calories and may give you a fuller feeling for longer. It may reduce inflammation and pushes clean, oxygenated blood to your cells.

Ceylon Cinnamon: A powerful herb used as a traditional medicine to increase circulation. The antioxidants in cinnamon have anti-inflammatory effects and Cinnamaldehyde has antifungal and antibacterial properties. Cinnamon may also help reduce blood sugar levels.

Vanille: Cacao and Vanilla go together like Romeo and Juliet. Smelling vanilla can have calming effects on the mind. Both Aztecs & Maya used vanilla to enhance the heart-opening effects of cacao, as they believed that adding vanilla would give aphrodisiac effects.

There are many types of mushrooms but Chaga is Unique! Also known as "The King of the Medicinal Mushrooms". This edible fungus is native to our Northern Hemisphere where it's been used for thousands of years by Siberian tribes and shamans as a medicinal plant. Chaga is classified as a functional mushroom (non-psychedelic)

When you see this mushroom you will understand its name. Also known as “Monkey Head Mushroom”. Buddist monks used Lion’s Mane mushroom to enhance brain power and heighten their focus during meditation. Lion's Mane is a very well studied medical mushroom and is non-psychedelic. This blend contains 1000mg of a Dual-extract with more then 30% Polysaccharides.

This adaptogenic herb has been used for thousands of years by indigenous tribes for mood-boosting and as a nutrient-dense superfood. Mucuna Pruriens is one of the only naturally occurring sources of L-Dopa—as in dopamine. L-Dopa, is a naturally occurring amino acid that transforms into Dopamine in the brain. Dopamine is a neurotransmitter that ignites a feeling of joy and bliss. This amazing "Dopamine Bean" allows for improved cognitive ability, sound sleep, enhanced sexual functioning and overall emotional wellbeing. While the body does produce Dopamine on its own, adding Mucuna Pruriens Powder to a regular routine can support physical, mental and spiritual alignment by soothing the nervous system, enhancing brain function and calming anxiety.

This flower exerts a positive effect on your body, mind and skin and has been used since ancient times. Roses are not only a universal symbol of love but also a natural aphrodisiac. According to Ayurveda, rose petals are very effective in helping a person feel sexually active by acting on two essential doshas in our body, which in turn regulate heart, mind and the nervous system. Rose also helps with digestion

Cacao and Vanilla go together like Romeo and Juliet. Smelling vanilla can have calming effects on the mind. Both Aztecs & Maya used vanilla to enhance the heart-opening effects of cacao, as they believed that adding vanilla would give aphrodisiac effects.

Feel free to add any other sweeteners / herbs / spices of your choice.

There are no reviews yet.

Only logged in customers who have purchased this product may leave a review. 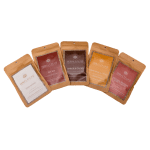