"THE KING OF THE MEDICINAL MUSHROOMS"

Inonotuus Obliquus, commonly known as CHAGA. There are many types of mushrooms but Chaga is Unique! This "king of the medicinal mushrooms" has been used for thousands of years by Siberian tribes and shamans as a medicinal plant....

The combination with Ceremonial cacao makes the the ultimate "Antioxidant booster" 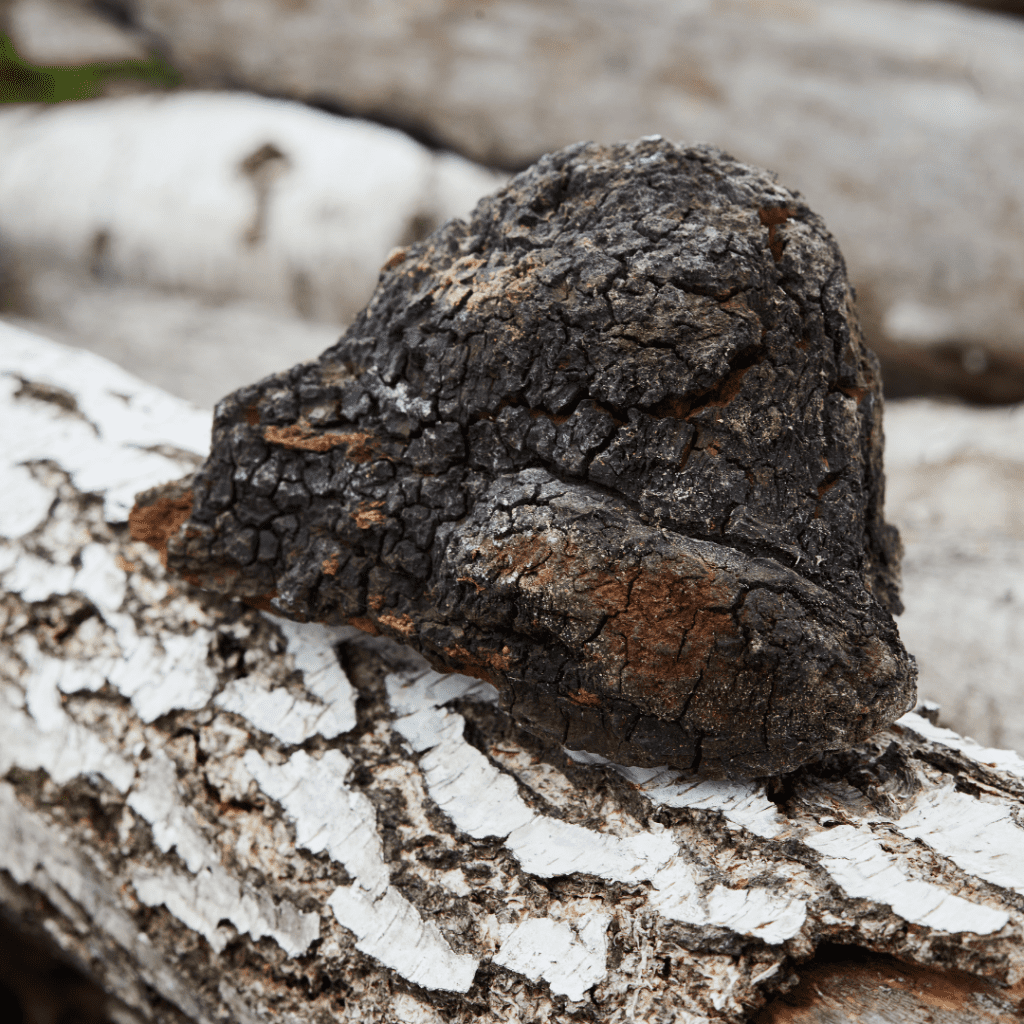 Chaga is an edible fungus that grows on Birch trees and is is native to our Northern Hemisphere where it's been used for thousands of years by Siberian tribes and shamans as a medicinal plant. Chaga has a appearance of a rock or burnt charcoal and doesn't taste like traditional mushrooms. Instead, they have a bitter, yet vanilla taste. It is not the fruiting body of the fungus, but a sclerotium or mass of mycelium, mostly black because of the presence of massive amounts of melanin.

Chaga mushroom has the highest score on the ORAC (Oxygen Radical Absorbance Capacity ranking) comparred to any other food, making Chaga up to 5x more concentrated in antioxidants than any other food source in the world!!!

ORAC stands for oxygen radical absorbance capacity. It’s a measure of the antioxidant activity of foods. Basically, researchers set a bunch of free radicals (bad) against a sample of a food and see how well the antioxidants in the food can disarm the free radicals. Chaga mushrooms rates the highest among all other natural foods in the world!

It is particularly rich in the antioxidant known as SuperOxide Dismutase,  a group of enzymes that play an important role in protecting our body against the destructive effects of uncontrolled oxidation and free radicals.

Chaga also contains high levels of Melanin (an antioxidant that protects and repairs your DNA and fight radiation)  Melanin it is a complex compound that gives the skin, hair and the iris (coloured part of the eye) their colour. Aging, genetics and environmental factors such as exposure to the sun is a common contributing factor to poor production of these colour pigments. Regardless of the melanin state in your body, chaga mushrooms can help in maintaining healthy levels of the pigments, help in protection against ultraviolet rays, reduces the risk of skin cancer, supports fertility health, helps to prevent folate depletion (folate is vital for fertility and fetal development), supports many metabolic processes in the body and helps in the prevention of serious neurological disorders, these include inborn defects of the brain and the spinal cord (neuro-tubal defects)

If you thought that Cacao was already high in antioxidants then you never heard of Chaga.... Chaga has the highest antioxidant content compared to any other food source of all!!!!

An besides being a powerful antioxidant, this unique mushrooms is on of the most potent immune regulating mushrooms out there.

Chaga is the most potent adaptogen known and is traditionally used in various parts of the world to increase resistance to stress and strengthen the immune system. 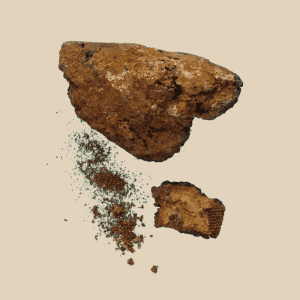 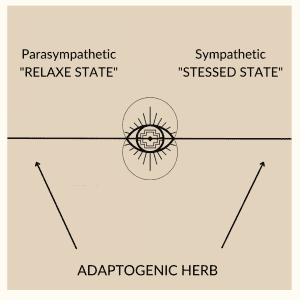 When the body is fighting off an illness, inflammation acts as a defense mechanism against infection. However, sometimes inflammation can damage the body or even develop into a chronic condition, such as rheumatoid arthritis, heart disease, or autoimmune diseases. Even depression may be partly linked to chronic inflammation.

Chaga  can help prevent the production of harmful cytokines — specialized proteins that regulate the immune system — Chaga stimulates white blood cells, which are essential for fighting off harmful bacteria or viruses. As a result, this mushroom could help fight infections — from minor colds to serious illnesses.

Your skin, the largest absorption organ in your body. When free radicals become too abundant in your body due to mall nutrition, pollution or stress, your skin tends to suffer in many ways including the onset of aging.  Chaga does an awesome job of fighting these free radicals to help slow the aging process down.  Depending on the extent of damaged skin, Chaga can aid in the restoration and regeneration of skin cells that would effectively help in bringing back the natural look of your skin, due to it's unique form of Betulonic acid.  Chaga also include enzymes which do an amazing job of keeping your skin moist while minimising clogging and dirt build-up notorious for the onset of acne (1) There are historical records documenting the use of chaga for skin irritation by Alaskan and other Native American tribes. By reducing irritation and inflammation, chaga’s anti-inflammatory properties may help to combat breakouts (2) Chaga has some of the highest forms of pigment and melanin available which helps to provide an immense amount of UV protection. Melanin is an important component that does a great job of shading and shielding your skin against sun rays and dangerous UV beams. This can be key in reducing intense damage to the skin caused by prolonged exposure to the sun. 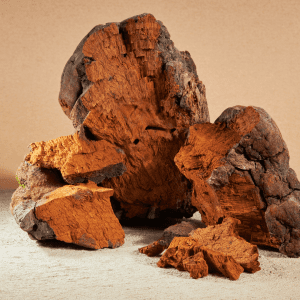 Most of the medicinal and spiritual powers of Chaga mushrooms are only obtained from a high-quality extract, made with intention love and care. Unfortunately, most Chaga powders found on the market are simply a pulverized version of the Chaga chunks, spray dried from China, made in a laboratory.

Herbal Cacao works together with a small family that has been using Chaga extract for generations for its spiritual and medicinal purposes. The Chaga  used in the Herbal Cacao blend is directly from this family and is a potent "freeze-dried" extract of >30% Polysaccharides,- meaning: The Chaga mushroom gets brewed for 24 hours to obtain the potent water-soluble nutrients [antioxidants and polysaccharides] and then gets freeze-dried to maintain all of Chaga's medicinal and spiritual powers, making it 100% soluble, high quality Chaga extract which is 8x more potent compared to a RAW powdered version. 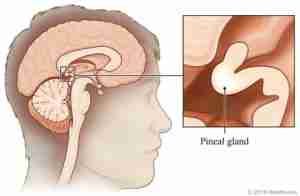 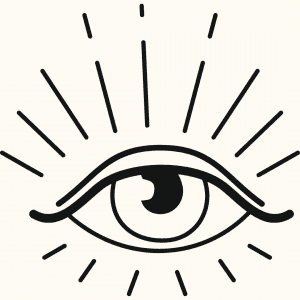 The Pineal gland - also referred to as the Third Eye - is an small organ found at the center of the brain that produces DMT (DMT is believed to play a role in inducing mystical states of consciousness. It can be found in almost all plants and animals and has been thought of as the key to our spiritual gateway by many indigenous and ancient tribes) With most people the third eye is calcified and dormant.

The Pineal gland  plays an important role in the production of melanin and also produces melatonin. Melanin is a primary pineal nutrient source. Melanin creates the pigment found in our eyes and skin and is produced by tyrosine, whereas melatonin is a neurotransmitter produced by tryptophan that maintains the sleep/wake cycle and biological rhythms in the body. Many of the toxins in our food and environment are responsible for pineal calcification which prevents the pineal from functioning correctly and leads to decreased melatonin and natural DMT production.

Chaga is the most naturally dense source of melanin, which make it a great nutritional supplement for pineal decalcification

Chaga has a long and famous history of use in both Eastern Europe, Russia and by Siberian and Northern Canadian Indigenous people for hundreds and even thousands of years. Siberian Shamans called it “the gift from heaven”. Chaga was traditionally made into a medicinal tea, used to start fires by carrying a lit Chaga coal, used as a dye, and made into drums. Shamans and healers recognized the Chaga Mushroom as holding ancient wisdom, as well as providing an essential source of human nutrition including phytochemicals and a rich mineral content. In Russia and western Siberia, the Khanty people have used Chaga as a natural medicine since the 13th century. Apart from medicinal use to fight infections, shamans also steeped burned Chaga pieces in water, which then was used for ritual cleansing ceremonies. In  the Daoist Chaga is know to nourish the both the jing (primordial energy) and shen (spiritual aura). Up till today shamans from the northern hemisphere are using Chaga as a tool in their sacred rituals to open the third eye 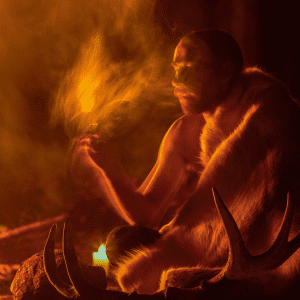 On a quest in the Alps in 1991 two German found the remains of a 5300 year ols frozen men now called "Otzi the Iceman". Scientific evidence is telling Otzi was carrying black matter "fungus" in his carry bag which is believed used to lit fires.

Another facinating story that goes around mushrooms fanatics, is that that they believe mushrooms might have come from outer space. Legend goes that mushroom spores carried by cosmic winds possibly from distant planets, made its way throughout atmosphere possibly millions to maybe even billions of years ago. and found its way in our earth and water where it developed to help evolve mankind. This story gained popularity due to Terrance McKenna the number 1 magic mushroom lecturer.

One thing is for sure the Mushroom Kingdom is spectacular fascinating and has been around since humans lived on this planet possible even longer. 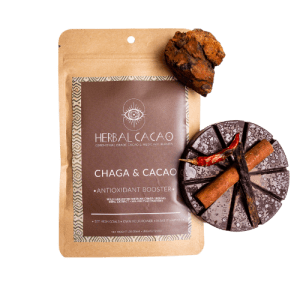 Herbal Cacao loves to support and therefore only works together with small families who work the lands sustainable and 100% organic, with a deep love and respect for our  " La Madre Tierra"

The Chaga used in the "Antioxidant Booster" comes from a small family in Estonia who live in the woods and all share a deep passion for this fascinating mushroom. The Chaga is sustainably harvested from the clean, pure national forests, far away from busy towns or roads and only harvested in "Desicanated Organic Farming Area"  where plant protection products and pesticides are prohibited by law.  Their main focus is on the respect for Estonia's natural environment to harvest Chaga in the most sustainable way and promotes this potent mushroom as part of a healthy lifestyle.

They all share a deep respect for the forest and the birch tree especially for its amazing gift, providing us with
the most premium sustainably harvested, certified organic, additive-free, 100% European chaga extract

By buying your Chaga from Herbal Cacao you are supporting organic and sustainable agroforestry and helping small family farmers continue to share the love for our lands with lots of respect and breaking the chain from big cooperation and investing back in the people and the land. PLUS provides you with a high quaility premium product that enhances your body, mind and soul journey.

Who should be cautious when taking Chaga?

Chaga is a powerful immune modulator and if you are on immune surpressing medication, it can counter act and it  should be avoided to take Chaga mushroom

If you are already taking a medicine like insulin, it is important to speak with your doctor to get a professional advice if Chaga is the right dietary supplement for you. This will ensure that your blood sugar levels won’t be affected by incorporating Chaga mushroom dietary supplements into your body.

There is not enough scientific research on the safety for pregnant women and young children and there for suggest they should not consume Chaga without consulting a doctor first.

Chaga is such a  powerful adaptogenic, so if you take prescription medication you should speak to your doctor prior to taking Chaga, as a supplement, as it may interact with drugs in your system.

"CHAGA King of the medicinal mushrooms" 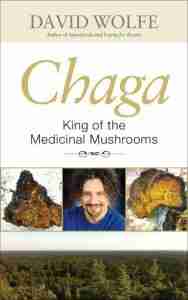